A Look Back at Vivek Wadhwa’s Five 2013 Innovation Predictions 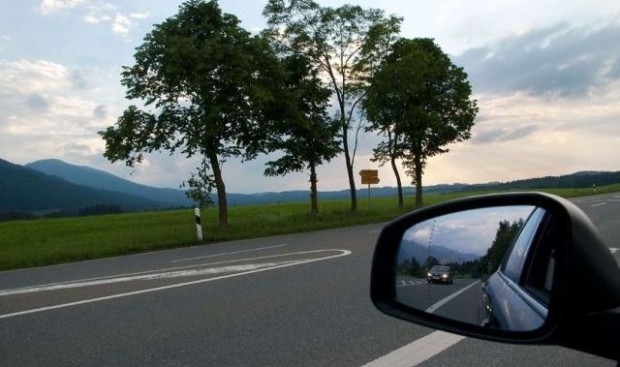 Over the holiday weekend, Global Language Monitor released its Top 50 Business Buzzwords of 2013. Some of the words on the list? Content. Social Media. Game Changer. It’s official – Trend Recap and Forecasting season has begun.

Before the entire business world starts to look back and look ahead, it’s always entertaining to revisit what the “experts” predicted for this year last December. I love keeping score.

Wadhwa predicted that the price of tablet computers would drop to under $100 in 2013 and keep dropping to near zero over the next two to three years. “Companies will give tablets away,” he said, “in exchange for plan subscriptions.”

PC shipments declined 8 percent in 2013 while tablet shipments increased 53 percent. The market is being driven by a shift to lower-priced devices across all device categories, not just tablets. The average price of a tablet during 2013 was roughly $380 but if you factor out Apple iPADs, the average tablet price drops below $40.

It is important to note, however, that recent research suggests substantial buyer remorse for cheap tablets. Many industry analysts think Apple will be able to retain premium vendor pricepoints. Tablet quality still has a clear price threshold.

Mobile devices will reshape healthcare in 2013, Wadhwa declared. He raved about the AliveCor Heart Monitor and heralded its potential for success.

Is a m-health gold rush on? Absolutely. RE:INVENTION recently featured the CEO of Retrofit on our blog. A new 2013 Consumer Electronics Association survey found that one-third of mobile device owners have used their mobile phones to track some aspect of their health.

Still, “mainstream” is an optimist’s exaggeration. Less than 5 percent of U.S. broadband households currently own wireless health monitoring devices (like AliveCor). A mere 1,000 patients are currently using AliveCor devices, primarily through the company’s clinical trials with Scripps Health and UCSF. In November 2013, Alivecor transformed their heart monitor into an eHealth Service — that’s promising.

3. Manufacturing jobs will return to the U.S.

We’ll see a renaissance in design and creativity in 2013, portended Wadhwa, driven by advances in robotics, A.I., and 3D printing. And this will bring a wave of manufacturing jobs back to the U.S. Wadhwa also expected growing commercial availability of a new generation of robots like Baxter from Rethink Robotics and the grape-picking Wall-Ye.

Scorecard: A renaissance? No. Progress, but it’s slow…

A September 2013 BCG study revealed that over half of executives at manufacturing companies with sales of more than $1 billion INTEND to return some production to the United States from overseas. Twenty-one percent say that they are in the “process of some reshoring.”

On the robotics front, Rethink Robotics recently expanded its Baxter Research Robot into the Asian market in partnership with Nihon Binary. But the price of robots will need to come down dramatically before they go mainstream. At $32K, the Wall-Ye is more expensive than manual labor. Despite its cool factor, Wall-Ye only has 17 likes on Facebook.

When it comes to the robotics industry, we place our bets on drones. Even average Joes wanna own their own personal aerial surveillance technology. Some of us find the privacy implications terrifying. If you were my Facebook friend, you could explore my Photo Album featuring drones caught on camera across San Diego. Eerie? You bet.

4. From big baloney to big opportunities in big data

RE:INVENTION’s team discussed the deluge of Big Data in a recent Friday 5×5 blog post. Big Data still has a credibility problem. While Big Data can provide unprecedented amounts of information, many companies are still struggling to use Big Data effectively. If your company doesn’t have deep pockets like Google or Facebook and tons of dedicated data analysts and engineers on staff, mining business answers from Big Data can be a backbreaker. And from consumers’ perspectives, Big Data comes with the threat of infringing on privacy.

Huge data sets are useless unless they provide actionable insights. For companies to generate value from Big Data, they need to connect data sets to insights to action in a fast, repeatable way.

All this said, our lives and daily patterns will increasingly be up in “the cloud” for bidding to the highest payer. And this makes some folks nervous. For a quick read on the challenges Google Now faces with mainstream acceptance, check out the reader comments on THIS ARTICLE.

5. A surge in wearable devices and new user interface paradigms

Wadhwa brazenly predicted the obsolescence of the computer keyboard and mouse in 2013. And he expected Google Glass to soar: “When Google releases Project Glass…I predict we won’t even need computer screens at all.”

Wearable devices will be a companion to mobile phones, tablets, and computers, not a replacement. Gartner predicts that less than 1 percent of consumers will replace their mobile phones with a combination of a wearable device and a tablet by 2017.

While size matters less and Time Magazine recently reported that people overwhelmingly prefer 7-inch tablets over 10-inch tablets – many wearable devices lack utility because of their tiny screen size (particularly tough for us older “vision-challenged” folks). Kind note to you youngsters out there: you will get old, despite Google’s hell-bent intention to cheat death. Dare to dream, Google. Dreams are great innovation kickstarters.

As for Google Glass, the product faces H-U-G-E challenges before going mainstream. Privacy issues, a fugly design, usability problems, and fear (fear of Google and fear of change). Google’s “do no evil” mantra is akin to a car salesman telling you to trust him.

For the record, we suspect Google will be a huge proponent of stealth drones. We’re NOT ALONE IN THIS OPINION. And we don’t think tablets and computers will be replaced by interactive glasses or wearable devices any time soon.

So, how would you score Wadhwa’s 2013 predictions? Which trend surprised you most this year? What was YOUR favorite 2013 innovation or technology prediction?