Do You Become What You Disrupt?

“You become what you disrupt.”

The Dave McClure / 500 Startups “#UNSEXY CONFERENCE” is breaking buzz sound barriers today. Many tweeps are retweeting a meme quipped during one of today’s sessions by Jesse Robbins, CEO of Opscode / O’Reilly Radar contributor / and Co-Chair of the Velocity Conference. The quote? “You Become What You Disrupt.”

Jesse Robbins originally advanced this theory in 2007. Back then, he used Skype to illustrate his point. Alas, the glory days of Skype are long over. Skype has had its share of problems and it only gets worse (it lacks context, it’s de facto illegal in many countries, and overwrought with bugs, crashes, patches, and fixes). But back then, Jesse upheld Skype as a shining star example and declared, “you become what you disrupt.” 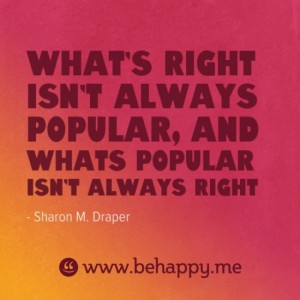 As kindly as we can put it, that’s a load of bullocks. Then and now.

Disruption is temporal. You don’t become what you disrupt. You become what you are able to scale and sustain. Disruption by no means equals sustainable success. You may successfully disrupt but fail to grow your idea. You may successful disrupt but fail to market it successfully. Disruption creates an opportunity to become something else *OR* flame out quickly. You are creating a space for evolution. And unless your company is prepared, poised and perfectly positioned for EVOLUTION — pursuing unmitigated disruption and revolution will merely accelerate your path to failure. Laurence Capron’s recent research proves what we already know instinctively: business survival depends on differentiated products and services, multifaceted growth strategies, and management leadership capabilities.

Do you become what you disrupt? No. And you don’t always become what you believe (sorry, Oprah). You become what you SUSTAIN. “Innovation” fails without adoption, diffusion, adaptation, and evolution. Cumulative changes and actions add up and breed better businesses. Indeed this is why “First Mover Advantage” is a fallacy.

Surprised? Don’t be. It’s amazing how many companies forget the basics.

No Comments to “Do You Become What You Disrupt?”