Innovation and the Middle of the Road Fallacy

On Friday, Jeffrey Phillips (@ovoinnovation) tweeted “As we say in Texas, the only things in the middle of the road are yellow lines and roadkill. Innovation isn’t for everyone.” He followed up his tweet with a blog post in which he declared that innovation is only about the edge and disruption.

BALDERDASH, we thought. Only Jim Hightower (twice elected Texas Agriculture Commissioner) and his merry band of populists talk trash about the middle of the road and dead armadillos. 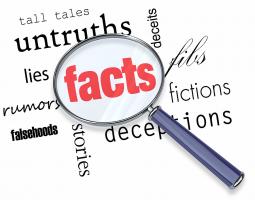 A “false dilemma” is a specific type of “logic fallacy” (a reasoning error that involves a situation in which only two black and white alternatives are considered, when in fact there is at least one additional option — often times MANY, MANY more).

False dilemmas can arise simply by accident. They can also be used intentionally, in an attempt to force favor for a theory or choice.

This all comes back to our nation’s obsession with “disruptive and revolutionary innovation.” At REINVENTION Consulting, we refer to this unhealthy obsession as “innofrenzy.”

Innovation is NOT the exclusive domain of “certain companies” or “intellectual highbrows.” That’s myth and spin perpetuated by self-proclaimed “experts” and authors who are trying to justify their ivory tower expertise and existence. Furthermore, disruptive, revolutionary innovation (i.e., novelty or a dramatic paradigm shift) is NOT the only choice. And the alternative isn’t limited to inaction/stagnation.


Evolution Worked: Development of shale gas / fracking implications for mix of use of refined oil has been successful.

Revolution Failed: Attempts to promote renewable wind and solar solutions have tanked. The cost to produce an equivalent amount of energy is not market competitive. Government intervention has tried to push embryonic technologies well before their time with little success.

Evolution Worked: Laptops were an evolution of the mainframe computer — and they caught on like wildfire. iTunes (and now Spotify) have evolved listening and file swapping for the Digital Age. The Cloud is not new breakthrough technology; rather it is “a continuous, step-by-step evolution.” Larry Ellison agrees with us.

Revolution Failed: The early mainframe TOS/360 operating system was an expensive luxury revolutionary invention, but it died out quickly. Napster, founded in 1999, revolutionized the way that digital media (including music, movies, books, and more) is marketed and sold today. But there wasn’t enough demand.

Evolution Worked: Building out and modernizing traditional rail transit in known areas of dense population to include automated light rail has been successful.

Revolution Failed: High speed rail in the U.S. has been a disaster.

Next time some hyped-up intellectual tries to sell you a urban legend myth — the silly notion that improvements, initiative, intentions, improvising, imagination, intelligent twists, and simple ideas are not “true ‘forward-thinking’ innovation” and not good for business…that dramatic paradigm shifts are always better and “indistinguishable from magic” — give ’em a (gentle) thunk on the head.

It’s time to get back to basic good business, folks. It’s amazing how many companies fail at the basics. And a place where companies consistently fail is commercialization (connecting with customers in the marketplace).

Commercialization is hard; it works best when your company is people-driven and market-driven, rather than technology-driven or “innovation”-driven. But that’s another blog post.

No Comments to “Innovation and the Middle of the Road Fallacy”