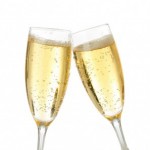 Congratulations to the winners of Best Buy’s College Innovator Fund, a national search to mentor and advance the next big ideas in the areas of technology, sustainability, education or a related field. Grand prize and a $50,000 check went to SasaAfrica, co-founded by MIT grad Ella Peinovich. SasaAfrica, a revolutionary e-commerce platform, aims to empower and enrich female entrepreneurs in emerging economies by giving them access to an online global marketplace. Other winners include Spawnd, a rewards platform that allows you to accumulate points and perks for online game-play, and Typing Glove – Gauntlet Keyboard. For more details about the Best Buy College Innovator Fund, visit: http://apps.facebook.com/collegeinnovatorfund. 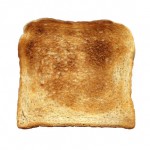 Say sayonara to TheGlint, a Web 2.0 Commune — err — a “Hero Accelerator” — err — a creative co-working and co-housing project in San Francisco. TheGlint is gone from our eyes. The space was designed to be a hotbed of creativity and intelligence for entrepreneurs, designers, artists, inventors, innovators, and visionaries. Some of Glint’s notable guests included Peter Thiel Fellows, StartupGenome founders, even a semi-celebrity DJ. According to today’s Slate Magazine article, TheGlint’s failure “can be attributed to a bug common to most viable startups: it drew too much traffic, too fast, and it crashed the servers.” Slate readers have weighed in with their own thoughts on TheGlint’s demise, many suggesting that comfort and community diminish creativity and ambition.

RE:INVENTION offers another take: co-working spaces are a tough business. Yes — tech folks love ’em — they’re fun, cheap, and collaborative. So much better than working out of one’s stuffy garage or suffering through the loud blasting music at a local Starbucks. But it ain’t easy for co-working spaces to break even. To thrive, they need great programming content in addition to space, community, and money. According to DeskMag (an online resource about co-working), one out of every ten coworking spaces fails. DeskMag suggest that there are three primary reasons why a co-working space fails: 1) when its founders run the space as a sideline; 2) when the space targets a niche market that ultimately doesn’t want to pay; and 3) an inflexible business model. Word of wisdom for the folks at HeraHub (San Diego) and 1871 (Chicago).

We hope TheGlint founders and their former hall of heroes bounce back soon. Perhaps the TNR250 can add them to their short list for charitable donations.