Disengaged Employees Can Break Your Heart 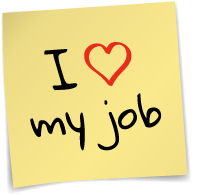 Valentine’s Day is the annual occasion that lovers look forward to and cynics lament. The former segment relishes the formal opportunity to express their feelings for the objects of their affection, while the latter opines that it’s merely a fake holiday created by greeting card companies, chocolatiers and other related industries for their own benefit. “People shouldn’t need a special day to be romantic,” they insist, forgetting that they’re never romantic on any other day either.

But does anyone believe that those who genuinely look forward to and celebrate Valentine’s Day are cold-hearted clods the other 364 days of the year? And is there such a thing as a cynic who is ever happy or satisfied?

Similar rules apply in business. Take, for example, the tale of a group of investment bankers being disappointed with receiving low six-figure bonus checks. It simply doesn’t get more cynical than that. But perhaps the cynicism is justified, given the grueling hours and personal sacrifices required to carve out a career on Wall Street? Clearly these bonuses have become the equivalent of a Valentine card from an otherwise inattentive partner: a token gesture given out of a sense of duty, after which it’s back to an unfulfilling relationship.

Throwing money at disgruntled employees won’t change a company’s culture problem, just as tossing a bouquet of flowers at the other half of an unhappy marriage won’t bring about wedded bliss. There has to be a sustained attempt to let employees–correction, colleagues–know they’re valued both in and out of the workplace. Take care of employees first, customers second. Put the right people in the right positions. Communicate a clear company vision. Give them the tools they need to execute. Inspire them. Appreciate them. Reward them. Encourage them to experiment. Then empower them and get out of their way.

Employees hold the key to innovation. Engage your employees and harness their imagination — you’ll inspire innovative contributions from every member of your organization.

Go down the list of Fortune’s 100 Best Companies to Work For in 2013. These employers run the gamut from the massive to the relatively small, but they all have one thing in common: you won’t see prominent placement of “pays the most” in their “What makes it so great?” paragraphs. Of course money is important, but if you love your colleagues first, the customers will come, followed closely by revenue.

So by all means, lavish your love interests with candy, candlelit dinners and other finery on Valentine’s Day. Just don’t forget to keep doing the little things tomorrow, the next day and the day after that–and carry the sentiment over to your business employees. Then you’ll really be feeling the love!

No Comments to “Disengaged Employees Can Break Your Heart”