The Problem With Pivots: The Lean Startup Movement Steered You Wrong

The Lean Startup Movement proclaimed the power of the pivot (“quick course corrections from one idea to the next”). Eric Ries and his band of merry men have convinced entrepreneurs everywhere that pivots are the salvation of startups.

The problem with pivots?

When you pivot, you trade a set of known problems for a new set of unknown problems.
True success takes time. You succeed by learning, through incremental gains.
Pivots can prevent learning and mask the real problem: bad execution.
“We pivoted” often means “our execution sucked.”
Most startups pivot too soon, rather than improving execution of ideas that have yet to reach their full potential.
Successful startups set vision, think big, execute well, and evolve incrementally. 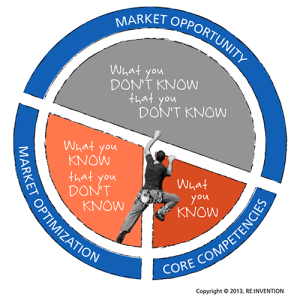 “As many as 75% of venture-backed companies never return cash to investors, with 30-40% of those liquidating assets where investors lose all of their money. The success rate of private equity firms isn’t much better,” Faisal writes. “Money doesn’t guarantee success; only effective execution can deliver that goal. I believe improving the odds for venture-backed companies requires better execution. Creating value from any venture is hard work…”

Research points to the challenges of execution/commercialization: 70% of CEOs who fail do so not because of bad strategy, but because of bad execution.¹ For every seven new product ideas, only 1.5 are launched, and only 1 succeeds.²

Tempted to pivot to something new? You might do better by taking stock of your assets and executing upon them better. According to a Bain & Company study, 9 out of 10 companies that revived growth after a downturn did so by better leveraging existing assets rather than pivoting to new ones.

Ideas have to be executed well to generate value. Before you change course and pivot prematurely, ask yourself if your real problem is execution.

No Comments to “The Problem With Pivots: The Lean Startup Movement Steered You Wrong”